I’m currently working on a life that starts out in a Russian prison camp and ends in a business empire. The author is very friendly, but a man of few words, so the first challenge has been to find a written voice that conveys his quiet warmth and that helps the reader walk in his shoes.

The second challenge is to take the hundreds of stories he’s recited to friends and family over the years, locate them in time and stitch them neatly together. This is the most labor-intensive step.

After that, gaps are filled in through interviews with the author, as well as his family and friends. Dominant themes begin to stand out; an overall structure and a coherent narrative emerge.

Then the fun part, for this is to be a coffee-table (illustrated, 10″×12″) book (here’s an example). We’ll sort through photo and memorabilia together. For the early days when there were few photos, we research historical website to illustrate and provide context. What was it like to be a German in Europe at the end of the Second World War? How were you perceived? How would you perceive yourself?

These are the sorts of questions that a writer imagines in the reader’s mind, and answers before they’re asked. 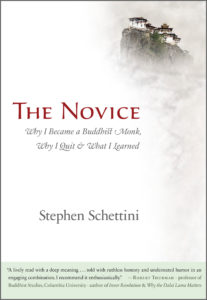 I was always being asked about my life as a Buddhist monk, and finally I wrote it. It was hard, but incredibly eye-opening. I took pains to defend my choices and show off my successes, but my wife said, “Who cares? Just tell the story.” So out came all the boring stuff and what remained was a book that stood on its own.

The voice I found writing that book has been mine ever since. I hear it in my teaching, coaching and professional life. Today, ten years after publication, The Novice sells steadily, bringing me a constant stream of clients who identify with my story—even though their own is so very different. I’ve met with students, musicians, coders, monks, nuns, punks, builders, artists, entrepreneurs, novelists, doctors, psychologists—people of all sorts. That memoir, into which I poured so much time and passion, helped me reach beyond my insecurities (we all have them) and feel more connected to the big wide world. 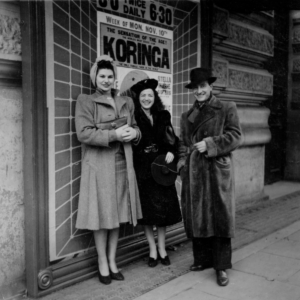 This picture was taken just before the war. The star was Koringa (center). Dad (right) was the impresario (and her lover) and Mum (left) had just arrived on the scene, which probably explains why she’s looking so demure. Somehow or another, this modest Englishwoman came between the two worldly circus stars and snagged her man! I can’t look at this picture without imagining the fireworks that must have exploded. If only I’d been there….

Michael Lawrence built Canada’s largest automobile auction company. His grandfather Henry immigrated from England to become one of the earliest settlers of the Canadian West. His father Nigel illustrated rural family life in early Alberta with hundreds of notable crayon drawings. Each wrote his own memoir, and Michael brought them together into one richly illustrated volume. 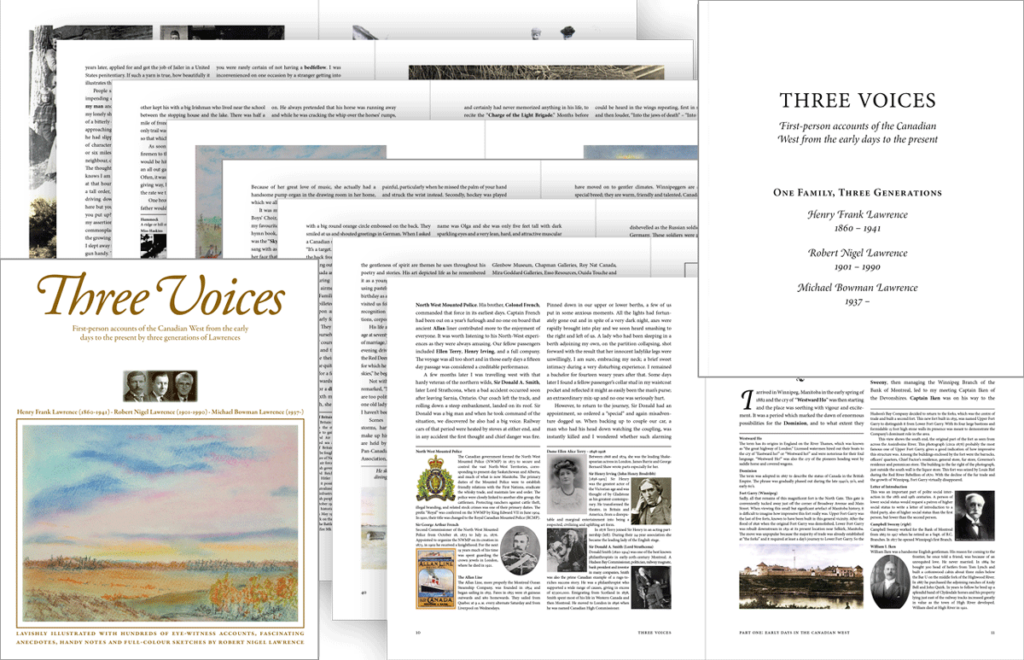 When Caroline Courey was diagnosed at the age of thirty-three with multiple sclerosis, her life was thrown into turmoil. Most of all, she feared for her children, knowing she had to help them understand and not react blindly. In this fictional account of a teenage girl whose mother is diagnosed with multiple sclerosis, Caroline traces the fallout and explores the ongoing conversation. This book was sold into Montreal schools, along with a teacher’s study guide. 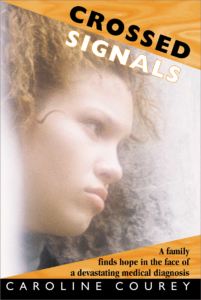 This wasn’t a ghost-writing job—just editing—but it was the most important gig of my life, because the author, Caroline, became my wife. She came to me in search of a copy-editor. I helped her clarify the things that were most important to the story, sharpen the text, create a cover and get it printed.

And, of course, I got to show her what a great guy I was.